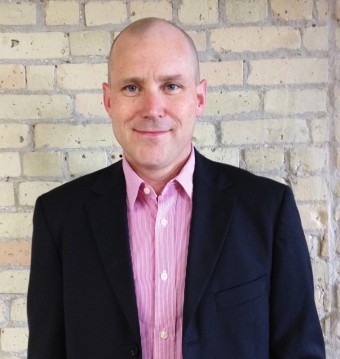 Manitoba Film & Music (MFM) is pleased to announce the addition of Stephen Carroll to the corporation’s staff. The former Manager of Empirical Artist Services and Weakerthans Band Member/Manager is joining MFM as the Manager of Music Programs.

“Stephen’s extensive experience in the local and international music industry make him an invaluable addition to our team,” said Carole Vivier, MFM’s CEO & Film Commissioner. “He has a track record of success in an industry that is challenging and ever-changing. He is in a fantastic position to help grow the careers of Manitoba artists.”

Stephen Carroll achieved international recognition as a member of the JUNO nominated band The Weakerthans (Epitaph/Anti Records). After joining the group in 1998, he managed all of the business affairs and helped steer the group to fame. In 2009 he began managing the Manitoba band Imaginary Cities and went on to form Empirical Artist Services Inc. Most recently, he served as the General Manager of the West End Cultural Centre. Stephen was awarded Manager of the Year at the Western Canadian Music Awards in 2013, after garnering nominations for the award the two previous years. He is also active in the local and national arts community as a volunteer, mentor for artists, jury member and consultant for civic policy initiatives. Stephen is a member of the Board of Directors for FACTOR and Manitoba Music.

“I am very excited to be joining MFM,” said Stephen. “The organization is an influential force in the careers of Manitoba musicians. I am thrilled to be working to help our artists and music business entrepreneurs achieve their goals and broader success.”