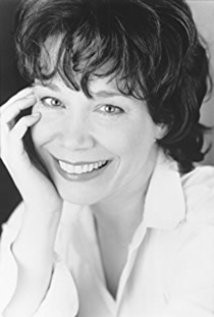 Celebrated Manitoba director Shelagh Carter is directing the film Into Invisible Light, which will film throughout October. The film is supported by MFM’s Equity Production Fund and produced by Manitoba-based company Frantic Films and the Toronto-based Studio Feather. Carter’s other works include the award-winning films Passionflower and Before Anything You Say, both of which were celebrated at festivals around the world. Into Invisible Light is written by Shelagh Carter and Jennifer Dale.

John Barnard, Manitoba director and partner at the local production company Farpoint Films, just wrapped production on A Perfect Match, featuring an almost entirely Manitoban cast and crew. Barnard recently directed the film Menorca, which screened at festivals around the world (winning several festival awards) and was purchased by Netflix. A Perfect Match is produced by Farpoint Films, written by Mark Leiren-Young and funded through MFM’s Equity Production Fund.

Manitoba director Douglas Mitchell is directing several episodes of the locally-shot CBC series Burden of Truth, supported through MFM’s Equity Production Fund and produced by Eagle Vision Inc. and Entertainment One Television Productions Ltd. Mitchell has previously directed episodes of the locally-shot series The Pinkertons and Less Than Kind, as well as the recent feature Snowmance, produced by Blackwatch Entertainment.

“It’s incredible to watch these talented directors at work,” said Carole Vivier, CEO & Film Commissioner at Manitoba Film & Music. “The benefits of provincial investment in our film & television industry are multi-fold. Along with significant economic spin-offs, we are seeing the continued development of Manitoba creators and talent who are stepping into the spotlight and leading projects.”

“Provincial support through MFM has been crucial to my development as a filmmaker,” said director Shelagh Carter. “And with that support comes a tremendous belief in me as an artist. They create the possibility, the place where I can dwell and dream and then actually transform a piece of writing into cinema. I am very grateful.”