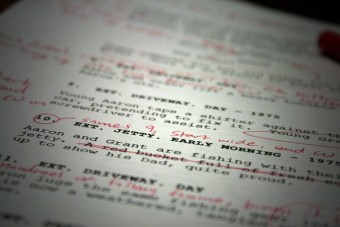 The program will provide the writers with creative mentorship and story editing through Script Angel, a UK-based screenwriting consultation company. The writers will receive feedback on existing scripts for up to three rewrites over a six month period.

“The aim of this project is to help develop the skill base of Manitoba screenwriters and give them the tools to take their scripts to the next level,” said Nicole Matiation, Executive Director of On Screen Manitoba. “In the coming months, these five writers will each work closely with a story editor to hone their scripts and move them closer to production.”

On April 11, 2018, MFM and OSM hosted a Master Class for Screenwriters and Producers taught by Script Angel Founder Hayley McKenzie for 19 participants. Afterward, the writers were invited to submit their scripts for consideration in the competitive pilot Accelerator Program. Of the 14 scripts submitted, five were chosen by an international jury through a blind selection process. As part of the Accelerator Program, MFM and OSM cover the majority of the story editor fees, while participants contribute a small portion.

“We are thrilled to be supporting the development of these high-quality projects. The selected scripts represent several different genres of storytelling from Manitobans of diverse backgrounds.” said Carole Vivier, CEO & Film Commissioner at Manitoba Film & Music. “Part of MFM’s mandate is to help support the development of Manitoba projects. Supporting writers is a key element to the development and eventual production of local stories.”

The value of this pilot program will be reviewed at the conclusion of final script delivery to determine if it will be renewed in 2019.

Manitoba Film & Music exists so Manitoba's film and music industries flourish! We support Manitoba film and music through our objectives, which are to create, stimulate, employ and invest in Manitoba by developing and promoting Manitoba companies, producing and marketing film, television, video and music recording projects as well as to promote Manitoba as a film location for off-shore production companies. www.mbfilmmusic.ca

On Screen Manitoba leads the development of a dynamic media production industry that is recognized for its world-class creative and technical talent. We are  a non-profit industry association that includes both individuals (producers, writers, directors and other industry professionals) and organizations (production companies, labour groups, distributors, broadcasters, service suppliers, training bodies and exhibitors) representing some 1,900 media production industry professionals. Our members work in all genres and formats (in English, French and Indigenous languages) and have access to some of the best production incentives in Canada. www.onscreenmanitoba.com

Script Angel is a screenwriter coaching and professional development company. We are a team of screenwriting coaches with extensive experience as script editors and development executives in the film and television industry. Script Angel is a member of the Creative Industries Federation and an affiliate member of the Writers’ Guild of Great Britain. Founder Hayley McKenzie is a member of the Royal Television Society and Women in Film and Television. www.scriptangel.com