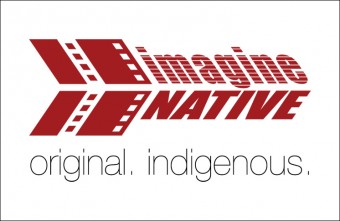 As part of the festival, Manitoban Tina Keeper, a Cree actor, humanitarian, activist and founder & president of Kistikan Pictures, will receive the 2017 August Schellenberg Award of Excellence, an annual prize that recognizes significant professional and personal achievement by an Indigenous actor, of any gender, from Turtle Island (North America). Keeper will receive her award at the festival’s Awards Presentation event on Sunday, October 22 at the TIFF Bell Lightbox. Earlier this year, Keeper was named 2017 ACTRA National Woman of the Year.

Two projects produced by Alicia Smith of the Winnipeg NFB office (North West Studio) have been selected to show at the imagineNATIVE Digital Media Art+Cade, a free interactive hangout showcasing Digital Media Works such as Indigenous-made video games, web series, radio and audio works, digital apps and virtual reality experiences. The Cache, a digital photo essay from directors Bonnie Ammaaq and Michelline Ammaaq, will be presented as part of the showcase, alongside What Brings Us Here, an Instagram essay by director/writer Katherena Vermette at the TIFF Bell Lightbox from October 19 – 21, 2017. These creators will take part in a Digital Media Artist Talk October 20.

In addition, Manitoban artists Madison Thomas and Darcy Waite will pitch a web series Spectrum, a story about the things in life that drive us apart, and the love that brings us back together.

"Manitoba is a hotbed for Indigenous talent,” said Carole Vivier, CEO & Film Commissioner at Manitoba Film & Music. “We are seeing an increase of Indigenous producers and filmmakers developing projects in Manitoba, which are shown across Canada and around the world. Our province’s unstoppable Indigenous content creators are telling compelling stories that reflect our society and challenge the status quo.”

“The Award for Tina Keeper and the number, quality and diversity of productions screening during imagineNATIVE attest to the incredible depth of talent of Indigenous media production industry professionals in Manitoba," said Nicole Matiation, Executive Director On Screen Manitoba.

Here is a complete list of screenings and events featuring Manitoban projects:

Mikinakay: Trail of the Turtle (Erica Daniels) - Friday, October 20 - 11:15 AM - Screening as part of Wisdom of Youth

Bayline (JJ Neepin) - Sunday, October 22 - 11 AM
Screening as part of The Land Within